“Louie Louie” is an American rhythm and blues song which was written by doo-wop mainstay Richard Berry in 1955 and released as a B-side to his single “You Are My Sunshine” in 1957.

However, it was in 1963 that the song came to prominence when American garage rock band The Kingsmen released the best-known version on their debut album entitled The Kingsmen In Person. It peaked at #2 in the Billboard Hot 100 chart.

“Everyone Says ‘Hi'” is a song which featured on English prog rock singer David Bowie’s 22nd studio album entitled Heathen (2002), and peaked at #20 in the UK Singles Chart.

With Bowie’s version garnering moderate commercial success in Germany upon release, German synth-pop singer Claudia Brücken released a rendition of the song on her 2012 album The Lost Are Found.

“Landslide” is a folk rock song which was written by Stevie Nicks and featured on British-American band Fleetwood Mac’s 1975 self-titled album. She wrote the song while visiting Aspen, Colorado, and deciding upon whether to continue her professional relationship with guitarist Lindsey Buckingham or to return to studying.

In 1994, alternative rock band The Smashing Pumpkins released their acoustic rendition as a B-side to the single “Disarm”. With the approval of Nicks herself, the cover went on to become one of the band’s most well-known and most loved songs. 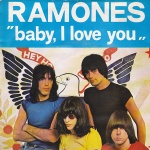